The United Arab Emirates has an all-inclusive legal system that governs how people live. Most people living in this region understand that the law is an entity that protects the citizens.

One of the most sensitive laws in the UAE is custodial law. Like other countries, custody laws focus on the wellbeing and interests of the children. UAE custody laws are characterized by an emphasis on the child’s best interests.

An impressive feature of these custody laws is the diverse roles placed on fathers and mothers. These varied roles are clear in the description of custodians and guardians. A child’s guardian is responsible for all the financial needs, while the custodian has the child’s actual custody.

Understanding Child Custody in the UAE

Child custody in the United Arab Emirates is known as ‘Hadana’ an Arabic word meaning to hold a child close by educating and protecting him. The UAE is clear about custodian’s and guardian’s role in a child’s life.

The custody laws rely on traditional gender roles; this means that ‘Hadana’ involves the mother; she becomes the custodian of the children, while the father becomes the guardian. Sometimes, the child’s custody might become complicated. This is because there are various nationalities living in the United Arab Emirates.

Related: How to Prevent a Divorce from Negatively Impacting Your Career

Child Custody in the UAE

Although the custody laws rely on traditional Sharia laws, they recognize the modern society and its changing needs. The facts below will help you to understand the custodian rights of children in the UAE.

Divorce can be messy and horrible for all involved individuals. This can be challenging when both parties are expats. The laws are different from your home country. According to the UAE Affairs Law of 2005, expats can choose to use their home country laws in certain matters, such as child custody, family matters, and inheritance. However, if your country laws contradict Shariah law, the court will impose Sharia law.

Shariah law decrees that the child’s custody is with the mother. This is until the child is 11 years for boys and 13 years for girls. A child can successfully apply for custody after the years. In certain instances, a child’s custody can be awarded to the father before the kids attain these ages. This is where legal consultants in Dubai help you to understand the law.

Unlike what most people think, a custodian and guardian are different, and they have diverse roles in a child’s life. The law clearly explains the difference in child custody and divorce cases. An expert form a law firm in Dubai will help you understand that the father is usually the guardian and is responsible for the child’s upbringing and financial needs.

This means the guardian decides where the child lives, studies, housing, and other financial needs. Custodianship is awarded to the mother; the kids live with her until the required ages as the law dictates.

Many people believe joint custody is impossible in the UAE; however, you can rely on legal consultants in Dubai to help you agree on certain issues. The mother and father can decide where the kids will leave and visitation hours and this should be recorded. The parents can choose their home country laws to be used in these instances; the UAE courts are open to using these laws.

Sometimes, when parents live close to each other, they can agree on joint custody where the kids can spend several days with each parent. However, it should be clear that joint custody laws only apply if the laws are used in your home country.

Related: How to Make Proper and Profitable Property Investment in Dubai

The Case of ‘Unfit’ Carer

According to the UAE laws, a mother’s custodianship can be renounced if she is found to be unfit to care for the kids. A fit custodian should meet a list of requirements, for instance, being honest, sane, mature, free from an infectious disease, able to raise children and must not have served time for a serious crime.

If the father claims that the mother is ‘unfit’ to be the kids’ custodian, the court does in-depth investigations using witnesses, evidence, and statements and experts to report on the mother’s mental stability.

The court does not take the allegations of an ‘unfit’ guardian lightly. Regardless of the evidence presented and allegations made, the court makes the final decision based on what is best for the children. Some laws decree that a child’s custodian should be of the same religion as the kid. However, the court will not follow this rule if the child is better off with a custodian of a different religion.

Child custody is a sensitive matter, and it can be a complex issue to grasp, especially for expats. The UAE custodian laws are different from other countries; this is why it is necessary to consult legal experts to guide you through the process.

Related: What You Can Be Doing in Law School to Get Ready to Start Your Own Law Firm

Let friends know you read this: 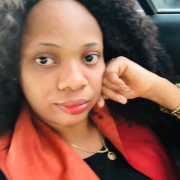 Reading Time: 6 minutes Are you ...
By Emenike Emmanuel
6 days ago

Dropshipping vs Affiliate Marketing: What is the Difference?

Reading Time: 6 minutes Hundreds of ...
By Emenike Emmanuel
7 days ago

10 Characteristics of a Good Gift Card and Voucher Management System

8 Questions You Must Ask Before Integrating Magento Product Configuration Tool

5 Qualities of a Perfect Press Release

How to Select the Best Data Entry Service Provider

How Customer Service has Evolved into Customer Experience

5 Ways Online Stores Can Protect Themselves From Cyber Attacks

NO. 1 MOST RELIABLE AUTORESPONDER

NEED A CHANGE OF CAREER?

Dropshipping vs Affiliate Marketing: What is the Difference?

10 Characteristics of a Good Gift Card and Voucher Management System

8 Questions You Must Ask Before Integrating Magento Product Configuration Tool

5 Qualities of a Perfect Press Release