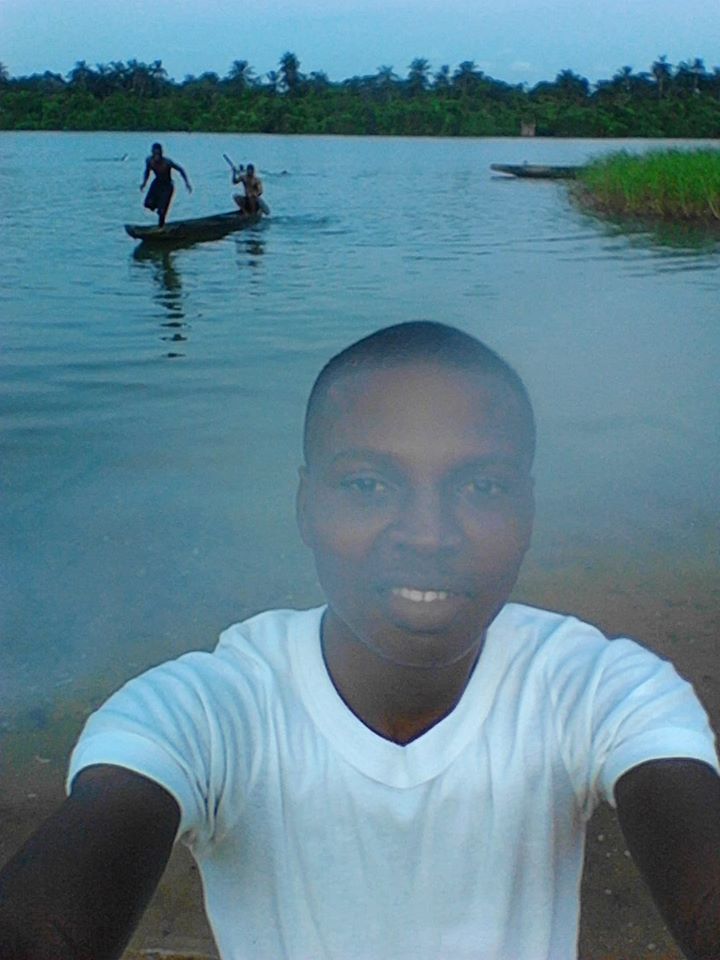 My name is Emenike Emmanuel. I’m a bright and vibrant Nigerian youth who believes that what it takes to tackle and suppress unemployment in Nigeria lies in the hands of all Nigerians, not just the Federal Government alone.

Today, I’m going to be sharing with you some of the most powerful secrets that has made this blog to be really successful to the extent of generating over a million naira within the first year of going live despite blogging from a village.

On 13th of June, 2016, I reported at Nsit Atai in Akwa Ibom State where the Federal Government through the National Youth Service Corps scheme had posted me to do my orientation and selfless service to my fatherland.

While at the camp, a lot of things were flashing through my mind – chief of them all was what was going to become of me after leaving NYSC and there’s no reasonable job to accommodate me, seeing the towering rate of unemployment in Nigeria.

The fear of facing hard times, the fear of being humiliated and the quest to be independent pushed me hard enough to know that there was something I could do to avert the danger before it hits.

I thought about this for a couple of days right there at the orientation camp and I made up my mind that I was going to build a business blog where I will be sharing all that I have learned working as an account clerk and later as a marketer for Grand Tasties while I was still in School (I was working and studying).

Precisely, on the 21st of September, 2016, I launched my dream business blog called, Entrepreneur Business Blog [http://www.entrepreneurbusinessblog.com]. One year later, after I had passed out of NYSC, the blog made me a 6-figure income earner (4 figures in USD) and has given me the opportunity to be featured and mentioned in local and international blogs like, RealtyTimes, Blogging From Paradise, Beautiful Dawn Designs, Write Worldwide, Enterprise Boom, Next Nigerian Entrepreneur, etc., Magazines like, Nigerian Youth Magazine (launching this October, 2017 in Abuja) and Atang Magazine.

Here are 10 things I think my fellow Nigerian youths need to know in order to be inspired that if I could start an internet business in a village with no access to network and today I’m self-employed (just within a year), they could do better.

1. The domain name, entrepreneurbusinessblog.com was gotten while preparing for early morning parade at the NYSC orientation camp, Nsit Atai in Akwa Ibom. That was in June, 2016.

Lesson: An idea that will make you a millionaire can come at any point. So always carry your writing pad (phone or pen and paper) around.

2. I was convinced to use SiteGround as my web hosting company after reading a post a Facebook friend of mine, Pastor Alex Uzor made about them. I was sold.

Lesson: Following recommendations from an expert can save you so much time of brainstorming endlessly. This is why I put so much energy in making sure that members of my inner circle get the best and most accurate information over anything. If you care to be one of them send an email to [email protected] with the title, “Ready to Join Your Inner Circle.” A member of my team will get across to you with details. It will cost you money.

3. I built my business blog while serving as a Corps member at Ikot Mbong in Onna LGA, Akwa Ibom State, Nigeria in 2016.

Lesson: Serving in a village where there was no constant power supply nor internet browsing didn’t stop my mind from being “product-active”. No matter where you are in Nigeria, there’s something you can do to start earning online. Often, you just need to ask the right question to the right people.

Lesson: I leveraged on what I already knew how to do best – which was, freelance writing. No matter how poor one is, there’s always something he or she can do. This is why I have zero tolerance for procrastination and people with weak emotions who constantly reminds themselves that they are not good enough. Not one of the people who joined my inner circle still have such kind of mindset.

5. I was afraid of the blog failing so I didn’t invest all the money at the same. I was using free WordPress theme until November, 2016.

Lesson: Make do with what you have before you scale. Don’t take risk for the fun of it, be rather calculative. There’s always something you can afford at your level. However, I won’t fail to tell you that my choice actually boomeranged on me because I struggled unnecessarily with those free tools.

Lesson: By all means, do not depend on just one stream of income. Learn to earn from multiple channels no matter how little they are. I have 2 blogs today and each of them have their various unique ways of generating income.

7. I shuttled between the village where I served and Eket town in order to use the internet. Sometimes I chose to visit my cousin, Obi at Uyo (Akwa Ibom State capital) so as to have an easy access to the internet. It was in one of the visits that I finally built the blog.

Lesson: If you are ready to transform your life, you will. Like Steve Jobs rightly put it: “Those who are crazy enough to think they can change the world usually do.” I was desperate to rewrite my story in the next one year, so I did what I considered to be my best by paying the sacrifice. Ask yourself, what price are you willing to pay?

Mark Cuban added by saying, “People don’t succeed because of lack of brain, lack of effort.” Even when Grace is involved, you must have to work too.

8. I was mocked by many of my friends, especially fellow Corps members, but the fear of leaving NYSC to become a job seeker held me bound to the internet. I never contemplated quitting for a split second, not after seeing my friends that were making millions on the internet.

Lesson: “Don’t let what people say about you to be your reality” says, Leslie Brown. People mock you because they have no idea what’s going on in your mind. Do not bother trying to make them to understand, instead, show them a tangible result. The moment you have a proof of concept, you have secured your ticket to a life of financial freedom.

Lesson: Patience! Patience!! Patience!!! This is one vital virtue you must learn to have as a business owner if you truly want to stand out. If Mark Zuckerberg wasn’t patient enough, he would have sold off Facebook in the early days he was struggling to pay for hosting with no profit in return.

10. Fast forward one year later, this blog has giving me the opportunity to be featured in local and international blogs and magazines, generated over a million naira on its own and has transformed so many lives and businesses across the world.

Lesson: Life has a way it rewards those that refused to give up in the face of opposition. If you desire that your success story will become an anthem, don’t give up on your vision because those that gave up never went up.